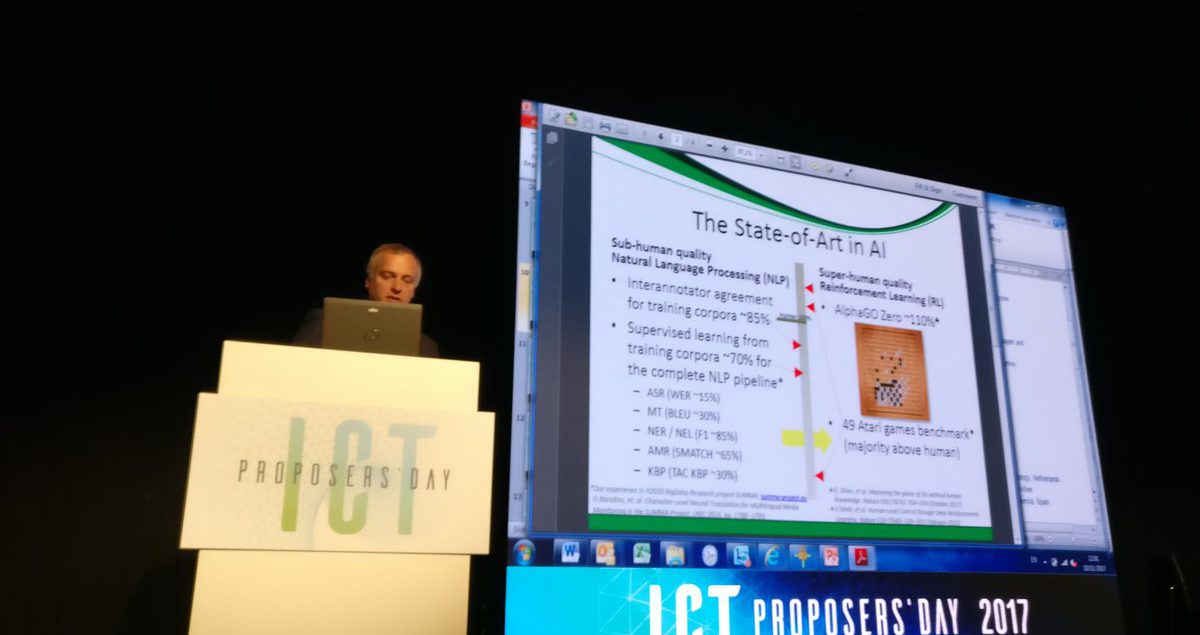 At the language-focused session at ICT2017, the European Commission 2017 ICT Proposers’ Days on 9-10 November, during which the details of the upcoming ICT calls for H2020 research and innovation projects were explained, SUMMA featured among the projects presented as good examples of major language-focused H2020 projects.

The second day included a very interesting session on “A Multilingual Next Generation Internet”, in the NGI (Next Generation Internet) and 5G village, and chaired by Alexandra Wesolowska, from the European Commission DG Connect Unit G3 Learning, Multilingualism and Accessibility. This session stressed the importance of language technologies as a key enabling technology. The next call aims at a large-scale European language grid, an ecosystem integrating different aspects and obstacles, as well as domain-specific smaller projects focusing on particular aspects as defined by industrial partners.

SUMMA was listed as one of the prime language projects currently running in the H2020 program, serving as examples of projects focusing on exploring language technologies in the European industry. Other examples were QT21, MMT, Freme, KConnect, TraMooc, and HimL.

Two SUMMA members also took the stage in this session: Guntis Barzdins from LETA , who introduced the dBaby language machine learning proposal, and Peggy van der Kreeft from Deutsche Welle, who talked about the need for language technologies for international broadcasters such as Deutsche Welle. 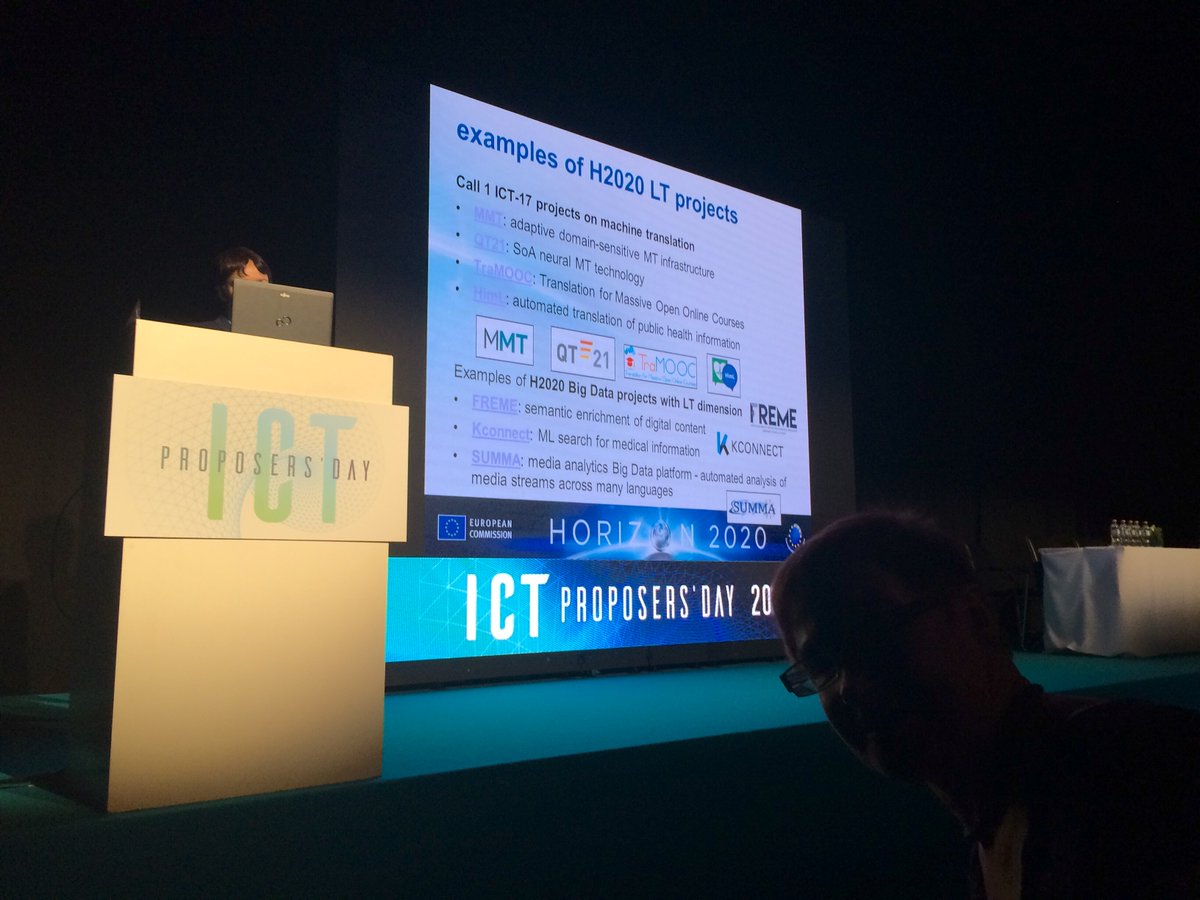 SUMMA features as one of the prime H2020 language projects