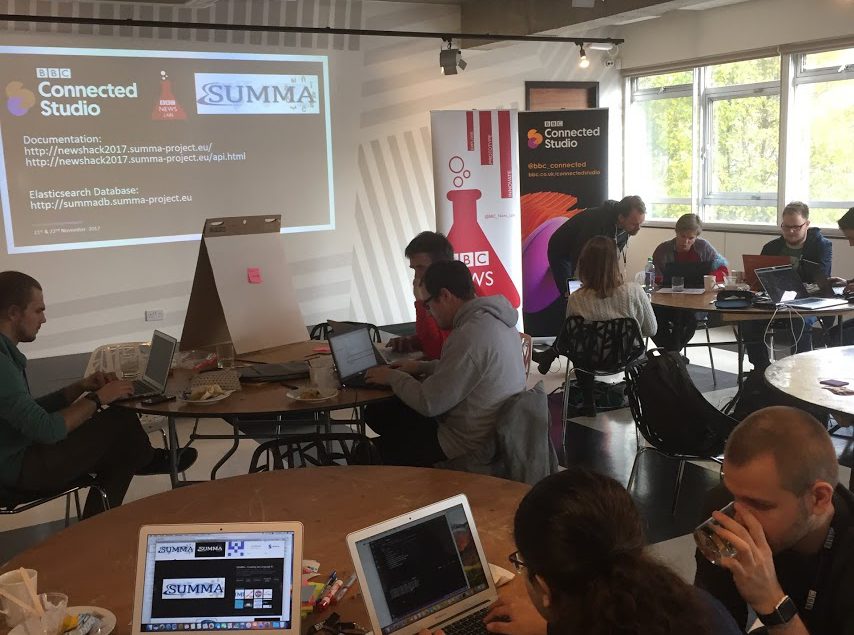 The first SUMMA hack event took place in London on the 21st and 22nd November, jointly organised by SUMMA, BBC News Labs and BBC Connected Studio. The event was attended by around 50 participants in 11 teams from around Europe, and as far afield as Doha. The theme of the hack was data journalism and the participants were asked to investigate ways in which the data gathered and stored by SUMMA can be used for data journalism purposes. The submissions produced by the participants were wide ranging and included such disparate examples as a slack bot to automatically produce graphs, geographical heat maps of stories based on where news is breaking and a number of submissions on the theme of fact checking. 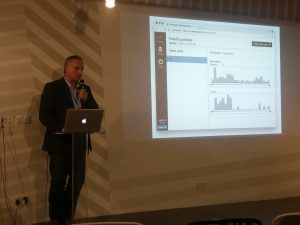 The outcome of the hack was evaluated by a panel of four judges: Paul Bradshaw, course leader and founder of the MA in Data Journalism and MA in Multimedia and Mobile Journalism at Birmingham City University; Federica Cherubini, head of knowledge sharing at Condé Nast International; Steve Herrmann, editorial director of BBC Monitoring; and Tom Wills; data journalism editor at the Times and Sunday Times.

The participants worked on their idea for a day and a half; each team presented the results in the afternoon of the second day. Three teams were designated as prize winners, one for each of the three preset categories. The Deutsche Welle Innovation Team won the category Best Journalist Tool with their SUMMA Slack Bot.  The prize for the best Audience-Facing Experience went to the Qatar Computing Research Institute for their Q-tee-am’s video bot. Factmata received a prize in the Surprise-Us! category for their Fake Newsworthy? application. 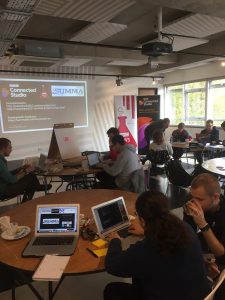 Figure 2 Developers at work at the SUMMA Hack 2017

The different ways in which all hack participants used SUMMA data is especially interesting and promising. It covered fact checking, voiceover, image search, sentiment analysis, storyclustering based on text or on images, showing how multifaceted the SUMMA platform can be. The SUMMA consortium will seek to make use of the ideas generated during the hack to shape the way the platform can be used to support data journalists.

There will be a second SUMMA hack event, which will take place in 2018. Further details will be published on this blog nearer the time.

More details on the hackathon results? You can find these on the BBC News Labs blog: http://bbcnewslabs.co.uk/2017/11/24/summa-roundup/ 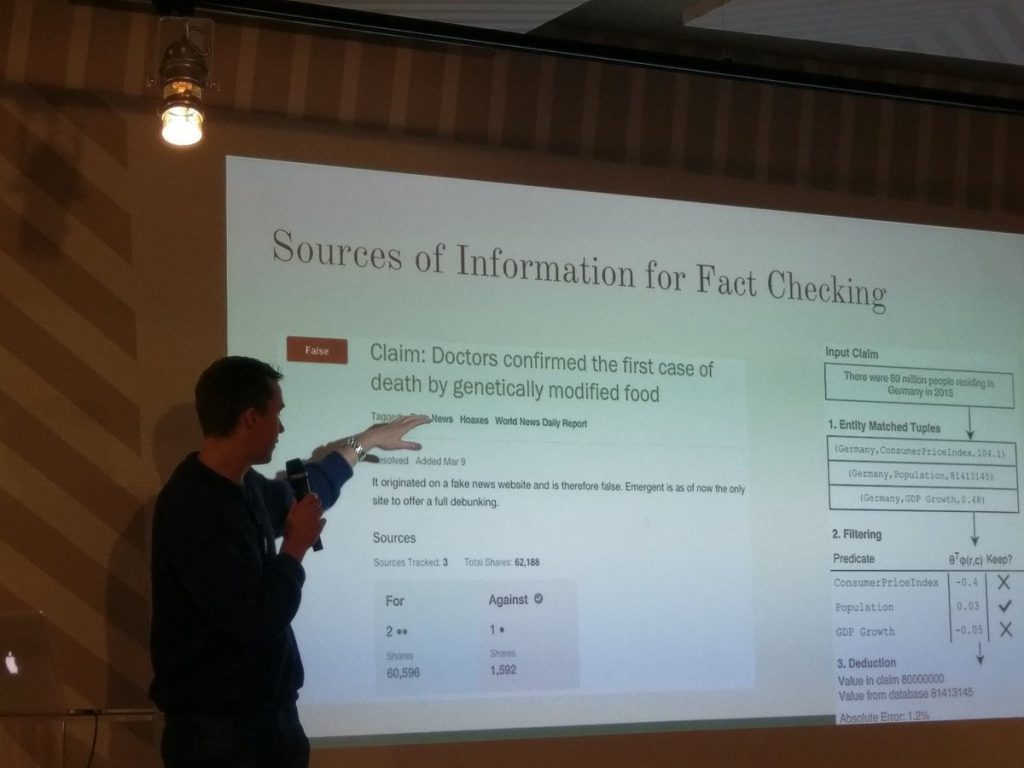 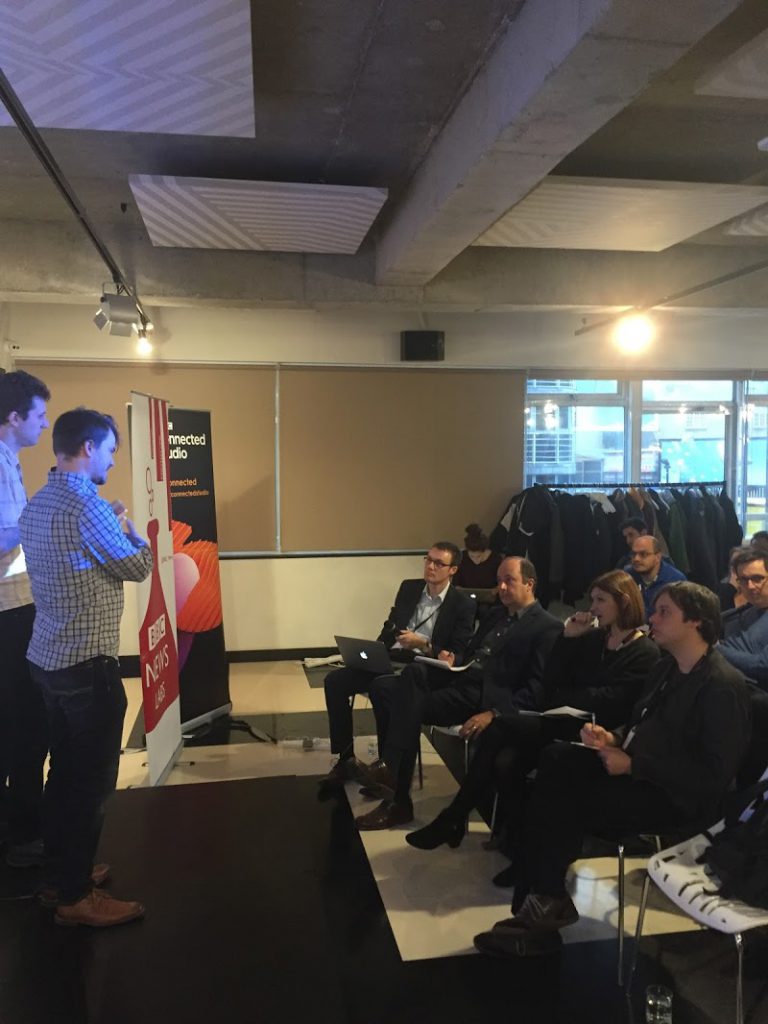